Giving That ‘Locker Room Speech’ During a Crisis 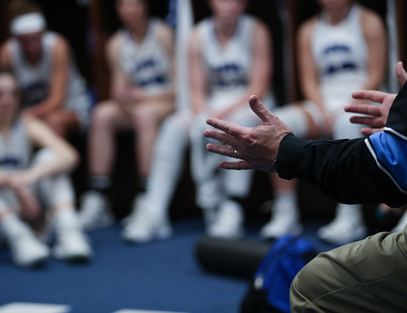 By Pete Taft and Aaron Brown

The team is called together. They’re nervous.

You can feel the tension.

This is clearly when a great leader — like Golden State Warriors basketball coach Steve Kerr, or perhaps Rutgers’ own Vivian Stringer, head women’s basketball coach and one of the winningest coaches of all time — would rise up, stab a finger in the air and fire up the team, so they can charge back out there ready to do the impossible.

Except those coaches aren’t there. You are. And you’re not dealing with a losing game. Instead it could be mass layoffs, legal issues (e.g. class-action suit, fraud, SEC violations), C-suite turnover, a hostile merger or an acquisition.

Click to tweet: How do you deliver tough news while also being a supporter and counselor? If you break it down into a few parts, @taftcomms says you can do it and do it well. http://ow.ly/Bg2O50zQJ5w #crisiscomms #communications

As a leader, you may find yourself dealing with a business issue or crisis right in the midst of one of the most challenging times our world has ever faced.

You need to deliver the tough news, and be supporter and counselor. You need to stop morale from falling through the floor, get people re-engaged and re-motivated.

It’s actually not as difficult as it might appear. If you break it down into a few parts, you can do it and do it well:

You’ll soon see that your collective efforts will leave your team feeling more informed, confident and ready to address the challenge before them.

Hopefully, you’ll see that most, or all, of the tension is gone.

And you’ll see that you don’t have to be someone you’re not. In fact, it’s far better to just be you.