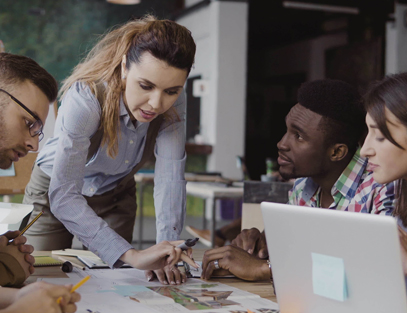 It’s no surprise that great leaders are often great communicators. Watching some of the most effective leaders in action, it often seems that communicating is an inherent skill. But I’ve discovered over the course of my career that anyone can become a strong communicator — if he or she is willing to work at it. So what do you need to do to excel as a communicator?

1. Remember it’s not all about you.

Effective communicators know that leadership is a constant conversation — and a conversation is a two-way street. Listening closely to what others have to say is just as important as what you say yourself.

Great communicators use their skills to guide groups towards consensus. How? By synthesizing what they’ve heard from all participants. This skill takes listening one step further, to make each person feel heard and create the best outcome.

Think of communicating like counseling. You have to remain calm to get your point across, and work to bolster others’ spirits as well. Positivity goes a lot further than negativity.

There’s no such thing as a wholly virtual leader. Emails and phone calls are useful tools, but they are no substitute for engaging with co-workers in person. Make the most of digital tools, but don’t forget the power of handshakes and high-fives and breaking bread together.

5. Your words and voice matter.

Of course the words you choose make a difference — as well as how you say them. Use simple and vivid language when possible and aim to be more direct than abstract. And remember your voice is an instrument. Varying your intonation and lowering and raising your voice at key moments will grab attention and help move people where you want them to go.

Your hands, eyes, posture and facial expressions can often say more than your words. As famed psychologist Albert Mehrabian put it, “When actions contradict words, people rely… on actions to infer another’s feelings.” Make sure your body language matches what you are trying to communicate.

Empathy is the best communication tool. Take the time to understand the motivations of those around you, and to consider how your own actions might be interpreted. Research has shown time and time again that high emotional intelligence has a huge impact on positive workplace communication.

Above all else — believe in your own ability to be better. Sure, some of us have a natural ability to communicate, but no one gets to “great” without practice. NBA players are gifted with natural athletic ability, but none of them became professional athletes without intense practice and dedication. Look for opportunities in your daily life to practice these principles — because communicating happens everywhere, not just in the workplace.