What’s in a Name Fuels Image 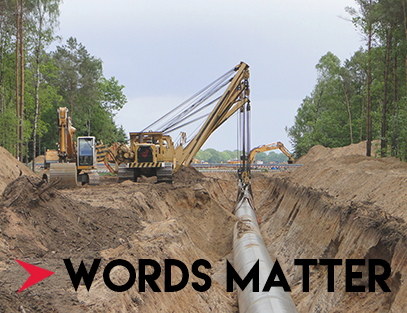 For 40 years, an international who’s who of the oil and gas industry has gathered in London for the annual Oil & Money conference, the event’s name seemingly suggesting that — unlike oil and water — oil and money do mix.

There will be a change next year, however. Oil and money will continue to mix at the same conference under a different name: the Energy Intelligence Forum. As the publication BusinessGreen reported, “The decision follows major protests by climate campaigners at the last summit in February in London, and a decision by the New York Times… to drop its sponsorship of the event after protests by Extinction Rebellion outside its offices.”

Don’t be surprised if more companies and events connected with fossil fuels revisit their branding, as “climate change” takes on a second meaning beyond the weather, as in business climate change.

Take for example, Statoil. The Norwegian firm is still one of the world’s largest fossil fuel companies, but since last year it’s been called Equinor. Quartz, a business news publication, quoted Equinor’s CEO telling Reuters, “A name with ‘oil’ as a component would increasingly be a disadvantage. It served us really well for 50 years, I don’t think it will be the best name for the next 50 years.” Quartz added, “The new name, he argues, will attract young talent who are likely to be more interested in Statoil’s activities in renewable energy rather than its legacy in fossil fuels.”

Click to tweet: Don’t be surprised if more companies and events connected with fossil fuels revisit their branding, as “climate change” takes on a second meaning beyond the weather, as in business climate change. http://ow.ly/YBPQ50wM0jw @taftcomms #branding #marketing #PR

To an extent, changes and branding reflect growing diversification of fossil fuels companies into renewable energy sources, like wind and solar. Orsted, the firm to which New Jersey recently awarded a contract to provide energy from a wind farm in the Atlantic Ocean, changed its name in 2017 from DONG, which was short for Danish Oil and Natural Gas. And who even remembers that those ubiquitous BP gas stations started out as British Petroleum?

How any of this will affect the truly dangerous kind of climate change is yet to be determined. What we do know, though, is that evolving public perceptions — and the desire to shape them — are having a big impact on what the friends of fossil fuels want to be called.