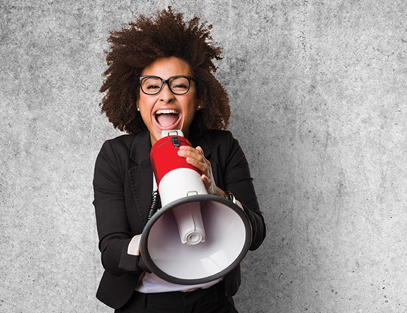 Two score and seven years ago I went off to get a master’s in journalism and my classes were crammed with record numbers of students wanting to be journalists. With the Watergate scandal raging, the media’s trust rating was around 70 percent. We were going into a rather beloved (and still profitable) business.

Today, if the media were a mortgage it would be under water. Add up those saying they trust the media “a great deal” and those saying a “fair amount” and you get only to 41 percent, a recent Gallup Poll found.

Click to tweet: What can those of us trying to communicate ideas to the public do to break through? This four-part strategy will “help communicators bypass cynicism, transcend politics, and get to constructive discussions.” http://ow.ly/4Dz650zHbqO @TaftComms #communications #messaging

Topos — an organization that analyzes issues to develop messaging that works — calls the present situation “catastrophic skepticism.” To wit, “The political effects of a public that never trusts experts or the media are frightening enough — but the COVID-19 crisis is showing how catastrophic and fatal the consequences of a strategy of media disinformation can be.”

Topos, in turn, links us (when I was in j-school, by the way, we used typewriters, and a website was a place where spiders lived) to a provocative article in the online publication Vox offering this insight: “We live in a media ecosystem that overwhelms people with information. Some of that information is accurate, some of it is bogus, and much of it is intentionally misleading. The result is a polity that has increasingly given up on finding out the truth.”

What can those of us trying to communicate ideas to the public do to break through? Topos offers a four-part strategy to “help communicators bypass cynicism, transcend politics, and get to constructive discussions.”

1. Solutions: Americans, overwhelmed hearing about problems, are intrigued when they, instead, hear about solutions — practical, concrete, effective ways to make things better.

2. Collective empowerment: Americans are engaged by stories that remind them of the power of people, working together, to make good things happen. Hearing about a community that came together to eliminate a toxic waste site or demanded government investment in a new learning center, makes cynicism fall away, and promotes engagement in new ways.

4. Science: When it comes to promoting the importance of science specifically, one of the most compelling ideas to convey is that people in power will try to sideline science for their own political or financial reasons, so we the public need to be watchdogs to make sure this doesn’t happen. We need to keep an eye out and make sure science and scientists aren’t pushed aside when important decisions are being made.

It’s worth a try.