In the Messaging Shootout, Teens Are Beating the NRA 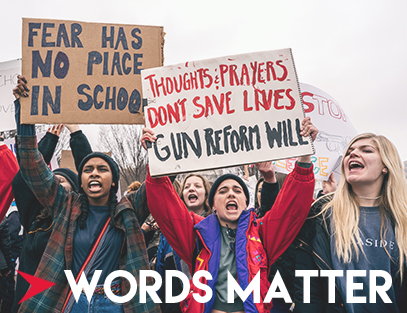 This article was originally published in The Times of Trenton on March 3, 2018 and on the Star-Ledger on March 5, 2018

For communications strategy to stay effective, it has to adapt to swings in public attitudes and perception.

We’re seeing a good example of this as opponents of reasonable gun regulations retool after the Feb. 14 mass killings in Parkland, Florida, and the unprecedented success that surviving students are having in getting attention for their views and reshaping the nature of the debate.

For a long time, the gun lobby could hold its own by arguing that “guns don’t kill people, people kill people,” and variations of that theme. Of course, the size of the National Rifle Association’s budget for campaign contributions and its millions of members who vote are important for winning in Congress. But we are seeing now that a bankroll isn’t as effective as it might be if it’s not accompanied by messaging that resonates with constituents and the media when applied by the beneficiaries of that money.

Another NRA staple has been to squelch debate in the wake of any tragic killing rampage by attacking opponents as insensitively politicizing the issue during a time of mourning. “It’s not the right time” typically provided enough cover to last until public outrage, and the accompanying demand for a substantive response, waned as the event faded from media attention.

This strategy could be losing ground, if for no other reason than — tragically — the intervals between horrendous mass shootings are shrinking.

Another new aspect of the messaging battle today is the presence of a highly articulate, motivated group of students who want their voices heard and are good at getting attention. They might be turning the debate on its head.

Why this time? For one thing, the Florida killing was at a high school, not an elementary school, so the students are tech-savvy and credible spokespersons. And, students are better able to mobilize because, unlike survivors of killings at movie theaters, nightclubs or concerts, they know each other, and all have to return to the site of the shootings as part of their life. In those other situations, people experience their trauma in isolation from other victims.

What America is hearing from a large group of well-spoken people, with the sad credibility that comes in part from having been shot at, is uniquely compelling.

At an extreme is the claim that they aren’t students at all, but actors. That doesn’t seem to be sticking beyond the fringes — though the fringes are wider than they used to be.

Another messaging tactic is to blame the mainstream media for “using” these students. NRA spokeswoman Dana Loesch went so far as to assert that the media “love” mass killing because of the TV ratings it provides.

This, too, wouldn’t seem to have much staying power — at least under the old rules. These days, with a president who demarginalizes extremists, it’s hard to predict.

What does seem clear, though, is that the debate is reshaping. The Parkland students aren’t going away, and almost daily news reports of school lockdowns give the story a fresh angle — as will the March 14 student walkouts scheduled across the nation.

More pressure seems to be put on politicians who oppose gun regulations. The gun lobby’s messaging in recent days suggests that it realizes the need for change — in messaging, if not public policy. So far, gun advocates don’t seem to have hit on a winner. Even traditional allies of the NRA, such as several major corporations, are severing ties.

There isn’t any message that works forever. And it remains to be seen whether activists and lawmakers favoring increased gun control will find consensus on sharply defined goals. Where the rhetoric goes next will give us clues about whether this time the NRA can’t talk, or spend, itself to victory against motivated public opinion and political trends.

Jayne O’Connor is vice president at Taft Communications and served as press secretary for Gov. Christie Whitman. Jon Shure is a senior director at Taft and was communications director for Gov. Jim Florio.