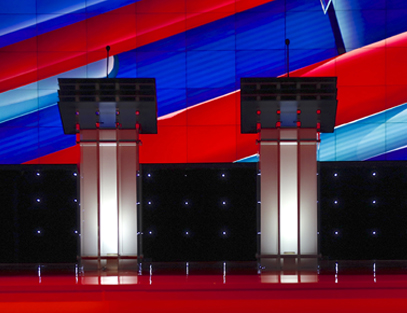 Regardless of which candidates you support, chances are you haven’t been entirely pleased by the moderators of the recent presidential and vice presidential debates.

Chris Wallace of Fox News and Susan Page of USA Today are taking flak over not being enough in control to hold candidates to the time limits their campaigns agreed upon, failing to stop interruptions and — depending on critics’ point of view — seeming to favor one candidate or the other by the questions they ask or the framing of those questions.

As a communications professional who also has covered debates as a reporter and prepped candidates for them, I say give Chris and Susan a break because they have impossible jobs.

Debates are communications exercises, of course, but they also are political events with a lot at stake. No one can make candidates stick to the questions asked and — would that it were so — no one can stop a debater from talking after their time is up. The ultimate arbiter is the audience. Polls taken after the Trump-Biden debate told us that a majority of people thought President Trump was rude, and time will tell whether that affects the election result.

The dictionary isn’t much help in telling us what a debate “should” be. It says only that a debate is an exchange of viewpoints at a public meeting.

As for a moderator, there’s nothing that says a debate even needs one. The famous series of seven debates between Abraham Lincoln and Stephen A. Douglas in the 1858 Illinois U.S Senate race featured just the two candidates in a format hard to imagine today. One candidate made a 60-minute opening statement, followed by the other’s 90-minute rebuttal and then back to the first candidate for another 30 minutes.

In a time format more conducive to today’s attention spans, I’d love to see a non-moderated debate tried once, just to see if it’s an improvement over current formats.

Another thing I’d want tested is to have moderators who aren’t journalists. Who then? Maybe academics, erudite authors or actors, or the “coaches” of leading college debate teams.

Some modern debates feature questions from the audience. How about doing that without a moderator?

Then there’s the issue of time limits. They make sense, but ought to be a bit longer than today’s — though far shorter than in 1858.

As for enforcement, candidates should see a yellow light when they have 30 seconds left and a red light with 10 left. At zero, a buzzer like those used at basketball games should sound. A candidate might keep talking, but everyone in the audience would be aware that the rules were broken. Taking this further, maybe the buzzer wouldn’t stop until the candidate did.

An even stricter measure: the candidates’ microphones automatically turn off when the buzzer sounds.