Words Matter: A Communications Resolution for 2020 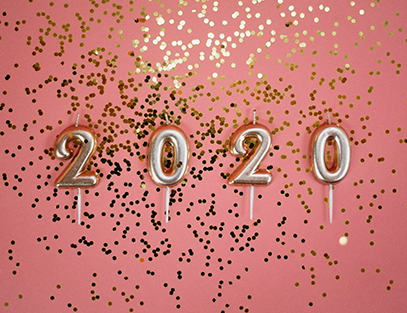 For a while — and for no apparent reason — people who stand out as innovators in their field became known as “disrupters.” In the area of organizational dynamics, “ecosystem” came to be tiresomely used to describe cycles of interaction having nothing to do with science.

As 2020 begins, let’s make a resolution to put this word out to pasture: “multiple.”

A judge was suspended for “multiple” violations. A hospital was found guilty of “multiple” labor violations. “Multiple” news outlets reported that a baseball player signed a contract with a new team.

It’s not that the word is incorrect.

It’s that we’re seeing and hearing it over and over when it’s simply not needed. Remove it from those examples above and you still know exactly what’s meant. Once you pluralize a word by putting an “s” at the end, “multiple” gives readers or listeners no additional information.

Click to tweet: As 2020 begins, let’s make a #resolution to put this word out to pasture… http://ow.ly/kbdv50xLPPW @taftcomms #communications

More and more these days, “multiple” just takes the place of “many.” He didn’t respond to “multiple” phone calls. Legislators are considering “multiple” decriminalization proposals.

What qualifies as “multiple” anyway?

There appears to be agreement that it means more than one and probably more than two. But how many more? Dictionary.com says “several” or “many.” Those are perfectly good words. Does “multiple” really improve on them?

And if we know an actual number — someone sustained five gunshot wounds or four news outlets reported a story — let’s just say so.

Language evolves every day and that’s fine. But some word usages are just fads. “Multiple” is one of those Hula Hoops or Pet Rocks of language. It will come and go. Let’s hurry it along in 2020.