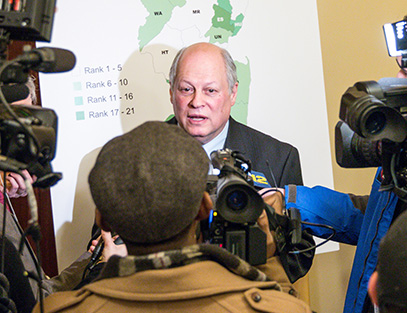 Recently, some members of the media have lamented a growing trend of corporate executives and other spokespersons responding to questions with a chronic “no comment” response.

This is an unacceptable decoy that, if indeed is being overused, I would strongly discourage.

In order to thrive, a relationship between a member of the media and a corporate executive should see a fairly regular flow of information. No stretch of time should go by for so long that one forgets the other.

It’s true that many industries — ranging from entertainment to pharma to education — can now bypass traditional media channels in favor of reaching stakeholders directly. Social media affords an unfiltered delivery that can become addictive to marketers and other executives, but in many ways it is actually a shortcut that lacks the rigor of assessment from the trained, objective third-party eyes of a journalist.

Sometimes an executive must decline a reporter’s question or story angle idea, but this option should only be put into play the minority of the time, considering a reporter’s responsibility to deliver stories and serve as a trusted source of information for a particular readership.

Organizations that are being honest with themselves and their customers should seek to be included in that process and embrace all fair queries, not avoid them.

In parallel, an organization — and a PR person working on its behalf — should maintain a steady cadence of story ideas to reporters. The onus is on the organization to suggest new angles or perspectives to a reporter, that could be relevant to his or her readers.

This back-and-forth collaboration is critical for an organization to maintain good media relationships.

Is it an organization’s responsibility to communicate regularly with the press? Absolutely. It’s a worthwhile endeavor that maintains trust with customers, reporters, and the public at large.

Does it take constant attention, effort, and a certain relinquishing of control? Without a doubt.

Maintaining a relationship with the press should resemble the relationship with one’s personal doctor. In both cases, the interactions can sometimes be uncomfortable, but should take place on a regular basis, and with the trusting mindset that as long as the information is offered in good faith and in a timely manner, it will ultimately lead to a more rigorous place in the media landscape.