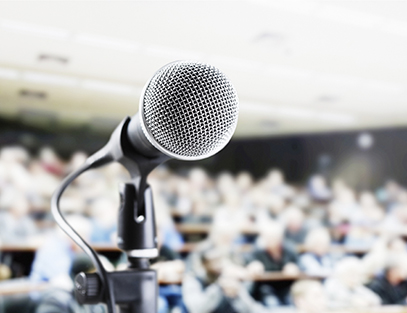 This article was originally published on NJ Spotlight on January 22, 2018.

With today’s digital communications and instant responses, the experts that Gov. Phil Murphy assembles to disseminate his messages face different challenges from the days when press secretaries strolled the State House’s “press row” to pitch stories, and newspapers were New Jerseyans’ primary source of information.

But, although Twitter has replaced typewriters, some things don’t change. And in that spirit, we pass on our guidance to a new crop of spokespersons.

To start, Murphy’s name was on the ballot, not yours. There will be times when it’s useful to remember that — good and bad times.

Being a spokesperson or communications strategist has ups and downs are in sync with the boss’s ups and downs. When the administration is in the clover, don’t give yourself too much credit. When times are tough, well, don’t blame yourself.

In between those highs and lows, being on the inside where policies are made and images are shaped (or attempted to be), is a dream come true for a certain breed of news junkie or political savant.

One of the important things to heed is which side of the door you’re on when major decisions are made. You want to be inside, giving your input on how aspects of the decision will play in the media. This is not because you want to talk your boss out of things that are worthy but unpopular. Instead, it’s because if you’re outside the door, waiting to be told what to sell, you’ve lost the chance to contribute good advice.

Speaking of advice, never forget that while you will hear from many voices inside and outside the administration, you have only one client. It can be tempting at times to over-represent the media to the governor or the cabinet member you serve, or to avoid breaking bad news to the boss. If something isn’t working, he or she needs to know. If your boss hears it from someone else, they might wonder why you didn’t speak up — or, worse, why you’re there at all. Even journalists know they aren’t as important today as they once were. The temptation will be to bypass them altogether. Still, don’t let your boss go out of his way to make enemies in the press. You never know when those relationships will land a close call in the boss’s favor.

Remember, too, that you’re now also a public servant with a responsibility to be honest and forthcoming about the actions of state government — all of them. You’ll soon see it’s not easy being the official spokesperson for the work of the State’s nearly 60,000 Executive branch employees — most of whom your administration didn’t hire and who will be there long after you’re gone. Your ability to do your job well depends on your credibility, so do everything you can to maintain it.

You will soon learn something your predecessors found out: getting the Governor’s story out was much easier in the campaign than it is in-office. At first, that sounds counterintuitive. New Jersey’s governor is arguably the most powerful in the nation. And in a state with less TV coverage than most, and no other Executive branch officials elected besides the lieutenant governor, it seems the governor has the loudest megaphone. However, that can be deceiving. When you’re having trouble getting legislation passed or you’ve taken a hit in the opinion polls, you’ll discover that some seemingly insignificant players are getting lots of coverage — and you’ll wish you had millions of dollars to spend on TV ads like you did in on the campaign trail.

While you’re lamenting the unfairness of it all, keep reminding the policymakers you support that the most likely winner of any policy debate is the person who gets there first with a convincing narrative. That narrative is precious and easy to lose — either by allowing distractions or by falling prey to aggressive, clever opponents. Ultimately, the public is the audience. Explain everything in terms understood by people who lie awake at night worrying about their family’s economic security, not how the state will balance its budget.

One last thing, that underlies everything else: tell truth to power. If you’re working for a politician who only wants to hear that he or she is right, quit immediately. Your job will be hard enough without making it harder by kow-towing. Good elected officials want the benefit of smart, honest people giving the best possible advice. Be one of those people, and you’ll do just fine.