Purpose profile: Finding the words to shape the debate 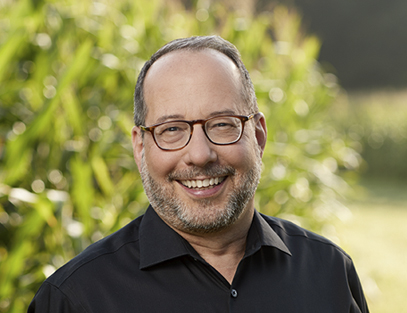 When I was covering politics for The Record newspaper in Bergen County, I had a realization that stuck with me. Listening to the back and forth of a congressional campaign, I noticed that the two candidates weren’t so much offering different ways to resolve the same issues as much as they were offering different issues.

In other words, they weren’t just trying to win a debate, but trying to create and shape the terms of the debate.

My education continued when I was communications director for former Gov. Jim Florio. Those were troubled — and troubling — times. The state needed a debate over how to get the revenue needed to maintain services in a recession. Instead, there was a debate over whether revenue was needed at all.

By the time I was running New Jersey Policy Perspective, I’d become aware of the term “framing” to describe the process of defining and constructing information so it helps people make sense of things. Or — more to the point — so it influences them.

I came to understand that it’s not just a matter of what you present. Its’s about how you present it.

One way to look at it is that frames are used to lead audiences to particular conclusions, in essence by highlighting certain aspects of reality and hiding others.

No matter how right you are about a course of action, if you don’t put effort into framing it appropriately you’re in danger of losing.

To successfully frame ideas and events, you need to recognize the need to do so. A lot of people don’t. I tell them you can’t win a fight if you don’t know you’re in a fight.

Equally important is the need to get there first. If you get there second, someone else might already have framed the issue and then its’s too late.

This stuff fascinates me.

There’s nothing I like better about my work at Taft Communications than helping people to find — and use — the ideas, concepts, and language needed to shape and win debates about important issues.

As a society today, we face some very difficult decisions. I work with Taft clients who are in the thick of finding solutions to address climate change, manage the transition to clean energy and away from dirty fossil fuels, make sure everyone has an equitable chance to be healthy, build an economy that offers good jobs at good pay, and much more.

None of this is easy. From a communications standpoint, it requires developing the best messaging and then delivering it in a disciplined, compelling, purposeful way — over and over. Good messaging is more than “spin.” It’s meeting people where they are and moving them to where you believe they need to go.

If you wear seatbelts only some of the time, you’re just gambling that you wear them at the right time. It’s the same with messaging.

I hope I get the chance to help you communicate about what’s important to you and your purpose.