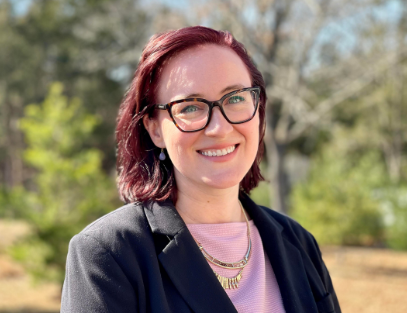 Objectivity is the cardinal rule of journalism. When I met Superman, I remembered everyone is human — even Lois Lane.

It was April 2014, a year after graduating college, and I was cutting my teeth as a reporter for The Times of Trenton. I was assigned to write a story about a former police officer afflicted with Lou Gehrig’s disease, a degenerative brain and spinal disorder. A 30-year veteran of the Ewing Police Department, Ed DeAngelo — referred to by his family as “Superman” — couldn’t eat, speak, or climb the stairs. The progressive disorder, known as amyotrophic lateral sclerosis (ALS), overcame his nerves. His daughter, Melissa, was organizing an ALS fundraiser, and my job was to tell the story of their courageous efforts to help find a cure for Ed’s incurable disease.

With a prepared set of interview questions in hand, I arrived at the DeAngelos’ home where I was greeted by wide smiles and welcoming arms beckoning me to make myself comfortable inside. I was stunned by their composure despite the grim story they were about to share.

Despite my prep work, the interview wasn’t easy for any of us. We spent a majority of the hour in the DeAngelos’ living room, me on one couch, Ed and his wife, Sue, on another as their son, Chris, Melissa, and other family members gathered nearby. Tears fell as I learned how the family first became aware of Ed’s disease and how it progressed enough for Ed to require a feeding tube to eat, a chair lift to get upstairs, and electronic devices to answer my questions.

Communicating to me through a device, he made clear that “this is not about me or a pity party but bringing awareness to this monster disease that takes a person apart limb by limb, sometimes fast, sometimes slow, until you’re dead. It’s about making as many memories as I can with family and friends to last a lifetime.” His spirit never wavered.

Following the interview, I sat in my car considering whether the lump in my throat and tears dried on my sleeve counted as ethics violations. I quickly forgave myself for being vulnerable while listening to the DeAngelos’ devastating journey. After all, we’re all human, even Lois Lane.

The DeAngelos’ “Steadie Eddie Squad” raised $38,000, the highest of any fundraising team that year. I felt inspired by their efforts, despite the odds. “Most people don’t realize what they’re capable of dealing with until they are actually tested with something like this,” Sue said.

Health impacts us all. Ed’s story is one of many I had the privilege of telling throughout my journalism career. In 2015, I went on to work in the communications shop at the New Jersey Department of Health (DOH), raising awareness of state programs designed to bridge health equity gaps and preparing local health departments to communicate about emerging threats like Zika. In 2016, I was skimming headlines on NJ.com and froze upon reading, “Retired Ewing police officer who battled ALS dies.”

Throughout my state government career — which began at DOH and ended earlier this year at the Office of the Secretary of Higher Education (OSHE) — I often thought about Ed and others who left a lasting impression on my career. Each shaped my goal to use communications to serve a greater good. I began working as OSHE’s Director of Communications a month before New Jersey confirmed its first COVID-19 case. My health communications background came in handy as I worked and lived through the hardest days of the pandemic — simultaneously supporting New Jersey’s higher education sector and protecting two of my own children under the age of 5.

Ironically, one of the many sources I met on the reporting trail was Taft Vice President Jayne O’Connor, who — at the time — served as executive director of strategic marketing and communications at Capital Health. I’ll never forget her call after I published a story about breast cancer that needed a correction. In my defense, I was less than a month on the job, but I certainly learned from that mistake.

While I battled COVID-19 and the flu in bed this winter, it was Jayne who shared an opportunity on LinkedIn to join Taft as senior manager of policy and media. In this role, I now support our clients’ health, social impact, and sustainability goals through narrative storytelling to illustrate the power of their purpose. Ed helped me find mine.

“Dreams lift us up and transform us. And on my soul, I swear, until my dream of a world where dignity, honor, and justice become the reality we all share, I’ll never stop fighting. Ever.”
—Superman