It just takes one person to make a difference 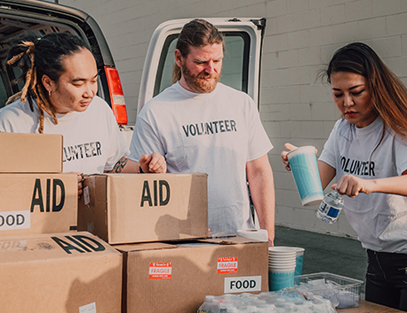 I’m inspired by people who see a problem and, rather than complain or get discouraged, work hard to figure out ways to solve it, no matter how overwhelming it might seem. When I was CEO for the Boys & Girls Clubs in New Jersey, we had a fundraising campaign called, “It just takes one,” and I got to see up close how true that slogan is. One person, with the compassion and fortitude to give their time, talent, or treasure can save a child’s life, advance civil rights, or move us a step closer to world peace.

All great progress in our country’s history started and often was led, by one person who could inspire others to join in their cause.

At Taft Communications, we have the privilege of working with many organizations and institutions that aim to make their community, and even the world, a better place. All are led by passionate and committed people and teams that work daily to fight the good fight. These professionals often go above and beyond the jobs they are paid to do because it is, simply, what they do.

Click to tweet: In this extraordinarily challenging time, it’s important to recognize everyday people whose good work shows that everyone can make a difference. http://ow.ly/ZVJl50EGfPv #givingback @taftcomms

Recently, the Taft team had the pleasure of working with the Russell Berrie Foundation and Ramapo College in promoting the 25th annual Making a Difference Award. Increasing nominations and growing the overall awareness of the award opportunity through a digital advertising/paid social media campaign, hyper-local media outreach and editorials was made easier by the powerful stories of these individual heroes and the legacy of Russ Berrie.

In this extraordinarily challenging time, it’s important to recognize everyday people whose good work shows that everyone can make a difference. What might seem to be a small gesture can have a life-changing impact on thousands of people.

The Russell Berrie Foundation has honored such unsung New Jersey heroes with the Making a Difference Award for the past 25 years. Berrie was an innovative entrepreneur who started in a rented garage and created a $300 million global toy and gift company known by its slogan, “Make Someone Happy.” He created and sold the Russ teddy bears and other lovable creatures.

Berrie, who died in 2002, created the award, which comes with significant cash prizes, to celebrate the accomplishments of New Jerseyans who perform selfless acts. Many Making a Difference Award winners have used the prize to advance the mission and growth of their grassroots organizations, some of which now serve people nationwide in scope. Some honorees include

Amid a pandemic that magnifies glaring racial injustice and societal fissures, it’s inspiring to find hope in the extraordinary people who step up to help and it’s been a joy to play a role in helping to identify this year’s nominees and celebrate this year’s winners.

If you ever wondered whether one person really can make a difference, or are debating about whether you should get involved in your community, these Making a Difference Award winners will surely inspire you to act. The Russell Berrie Making A Difference Awards are further proof that it really does “just take one.” 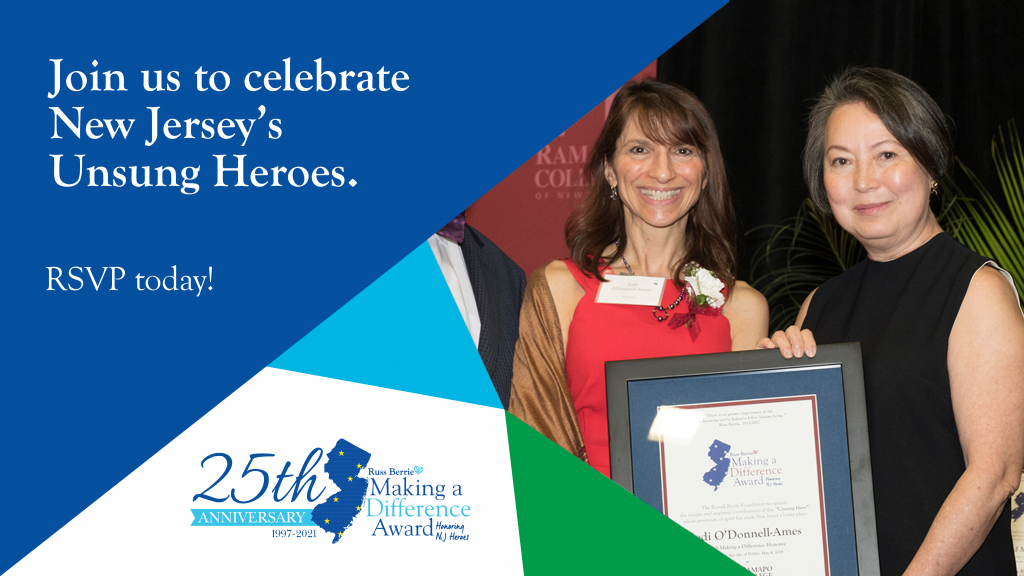