Purpose profile: The pantsuit that changed it all 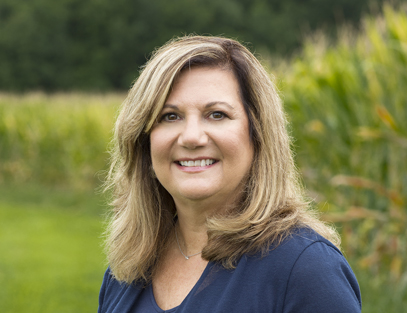 Following my completion of graduate school, I was fortunate to have a number of job interviews lined up, especially since the country was in a recession and there were few jobs to be had. I went out and bought a beautiful dress that I thought would impress the interviewers and make me look very professional.

While I thought I’d nailed each interview, I received one rejection after another. I increased my prep time, rehearsed answers to every conceivable question and asked people to role play with me. At the same time, I came upon a magazine article containing tips for interviewing. One tip stood out from the others, “Find someone who has the job you want, and dress just like them.” I thought back to my failed interviews and recalled that all of the women I saw were dressed in dark colored suits. And I wore a floral dress, probably more suitable for a party. I immediately went out and purchased a suit, just like the ones I saw, and don’t you know, I got the next job.

I really can’t attribute the early interview rejections only to the dress I was wearing, but this experience certainly taught me about the importance of presenting oneself appropriately for the situation. While I was growing up and even through to grad school, I didn’t have any exposure to women who had jobs where they wore suits. My mother, who was widowed at 35 years old with four children, worked as a bookkeeper to support us. The idea that there would be a dress code for work was completely foreign to me.

Fast forward three jobs and I’m working at global pharmaceutical Bristol-Myers Squibb, where, among other things, I manage the company’s charitable donations to nonprofit organizations. BMS’s mission at the time was to “extend and enhance human life,” and it did that through the pharmaceutical products it developed and by supporting the communities where its employees lived and worked. The company had an outstanding reputation for “living its mission” and being a good corporate neighbor.

In addition to my formal responsibilities, I served as chair of the community involvement committee of the women’s affinity group, which had decided to select a national charity that women in the group can volunteer at and have a broad impact. The organization selected was Dress for Success, whose mission is “to empower women to achieve economic independence by providing a network of support, professional attire and the development tools to help women thrive in work and in life.”

I was delighted that we are going to help women in our community who struggle to make ends meet get jobs so they can support themselves and their families and we’re going to do it by providing “professional attire.” I certainly understood this and why it was so important.

Our plans hit a giant snag. We learned that there wasn’t a Dress for Success affiliate in Central New Jersey, where most of BMS’s employees lived. We met with the DFS staff at the worldwide headquarters to see if something could be worked out and they mentioned that there was a real need in the Trenton area for their organization. That’s when I got the idea that maybe BMS would help fund the start of a local affiliate.

BMS was already widely recognized not only for supporting the communities in which its facilities were located but also for its commitment to helping those in need around the world. It’s Secure the Future program was particularly well-known as a model for providing funding and expertise to address the HIV/AIDS pandemic in Africa.

So, the women’s affinity group took a chance and put forward a proposal to launch Dress for Success Mercer County and, to our great surprise and excitement, it was accepted. BMS not only pledged funding for the affiliate but hired legal and nonprofit consultants to help us with all of the work needed to start a nonprofit organization. I am proud to have served as Dress for Success Mercer County’s first chair of the board of directors and as a board member for nearly 10 years.

Looking back, I realize I could have taken an easier path and suggest a different nonprofit for the women’s affinity group to support, but helping others like I once needed help, is important to who I am. And working for a company that sees things the same way, equally important.