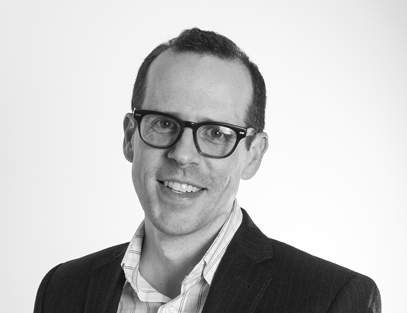 In September of 2001, JetBlue was a fledgling airline based on a simple idea — bringing humanity back to the airline industry. People were tired of being treated like cattle. The world of commercial air travel had become a laundry list of one indignity after the next.

The upstart airline set out to change that, primarily by investing heavily in — wild idea — the happiness and satisfaction of their own employees. The early results were promising. The idea seemed like it might be just crazy enough to work.

Then came the attacks of September 11.

JetBlue had not even been in the air for two years, and, in the days after 9/11 when the airline industry ground to a halt, the future did not look particularly bright.

Paul Cappelli, my first boss in the communications world, was the founder of a ragtag advertising agency called The Ad Store. A small, independent place with a handful of employees that, as the name implied, promised to create any type of ad for anyone who wanted one.

He was a great thinker with a big heart.

He knew people in marketing at JetBlue, though the relationship was informal, and he was surprised to learn that JetBlue’s regular advertising agency had not been in touch with a plan to help their young client through this once-in-a-business’-lifetime crisis.

Paul and the team gave it some thought.

At the time, even many of the legacy airlines hadn’t formulated a response, or a way to talk about what was happening. All planes were grounded. People were scared. No one was sure what would happen next.

Paul’s group created something simple. A basic print ad. It showed the iconic image of the three firefighters raising the American flag in the rubble of the World Trade Center. Somewhere was the JetBlue logo. The headline, near the flag, said, simply: Still flying.

It was resilience, hope, pride, reassurance, and a way forward — all in two words.

It was bigger than just an airline trying to get back on its feet. And that part of it — pulling together for something bigger — struck me, as a young person new in the field, as something so powerful.

In the nearly two decades since then, I’ve been in a lot of different settings related to getting a message out to a large group of people. Whether it’s a TV commercial shoot, a board room, a company-wide retreat, in the wings during a speech, or just sitting with colleagues next to a wall full of blank Post-It notes trying to come up with an idea.

And one thing that has continued to strike me, over the years, is the power of connecting to something bigger. When you remind people why they’re working together, why they ‘re trying to solve a problem and who they’re trying to help, a different kind of energy enters the room.

When you’re talking about purpose, you’re reaching people on a whole different level.

In the case of JetBlue, that single print ad was a big reason why a tiny, independent agency of less than a dozen people soon became the agency of record for JetBlue Airways. A relationship that would last for years and see both companies grow tremendously.

The purpose of JetBlue — to treat customers and employees with respect again — was a big reason the airline was one of the very few that made a profit during the downturn in air travel following 9/11.

In my case, I never forgot that power like that was possible, if people would be willing to speak from the heart. I sometimes wonder why communications like this — authentic, meaningful — are shied away from. As if there’s some etiquette or code that saying what you truly think or feel is a risk or liability.

It can be quite the opposite. It can make things happen that you never thought possible.