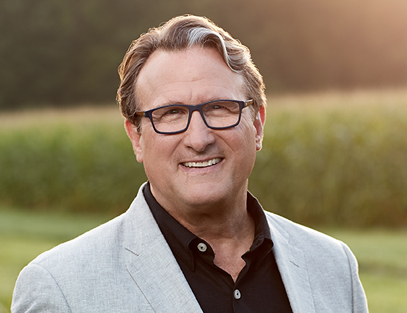 “Find smart people, do great work together, and have fun.” That’s the philosophy that Pete Taft, CEO and co-founder of Taft Communications, developed for our company 35 years ago, and it still describes our approach today. This week NJBIZ will recognize his leadership in business and the community by naming Pete an ICON Award winner, an honor the publication grants to business leaders over the age of 60 who have helped grow and encourage New Jersey’s business community throughout their careers.

This year, the second annual ICON Awards will recognize 29 business leaders who have accumulated more than 1,000 years in combined business experience, and continue to positively influence their wide range of industries.

Pete began his career as a teacher, then a seminarian, but his goal was to become a journalist. His journey toward that dream career began when he received a Rotary International Scholarship to study journalism in Australia. During his time “down under,” he delivered the Rotary program’s traditional “I’m an American” speech more than 40 times to Rotarians across the country. Through this experience, Pete learned the craft and value of refining and delivering a compelling presentation.

Upon returning to the U.S., Pete began working as a freelance journalist and was published in The New York Times, The Philadelphia Inquirer, Reader’s Digest, among others. After co-founding Taft with his wife, Madison Avenue advertising executive Mara Connolly, Pete later took a hiatus to work as a communications director during Jim Florio’s New Jersey governorship.

Along with Taft Communications, Pete founded two other companies: PharmApprove and ClearPoint. PharmApprove is a regulatory communications firm that prepares high-stakes teams for presentations to regulatory authorities in the U.S. and the European Union. Taft sold PharmApprove to the Swedish company NDA Regulatory in 2016. Pete still leads the ClearPoint division of Taft, which coaches leaders through clinics and courses on how to communicate effectively.

In addition to being an accomplished businessman, Pete makes time to give back to the New Jersey community. He served as chair of the board of the Stony Brook-Millstone Watershed Association (now the Watershed Institute) and co-led with Mara a major capital campaign for the Trenton Area Soup Kitchen. Currently, Pete is on the boards of the Rescue Mission of Trenton, Caucus Educational Corporation, and Princeton Symphony Orchestra — and provides informal counsel to the online news organization NJ Spotlight.

Pete also treasures the environment, which is evident through Taft’s work for the past three years on ReThink Energy NJ, a campaign to promote renewable energy and stop unneeded fossil fuel pipelines in New Jersey. Pete also helped preserve farmland as an elected official in East Amwell.

As any of his staff members will tell you, Pete is a passionate leader who genuinely cares for his employees. Through his three successful business ventures, Pete has cultivated a highly talented group of team members who uphold the high standards to which he holds himself.

The staff and friends of Taft Communications are grateful for Pete’s light-hearted, values-centered, and purposeful leadership over the past three decades. We are delighted that he is now receiving the recognition he deserves in New Jersey.

Pete and the other 2018 ICON Winners will be honored at 8 a.m. on Thursday, August 23 at The Palace at Somerset Park.