In the news: Taft poll shows offensive comments in workplaces at 5-year highs 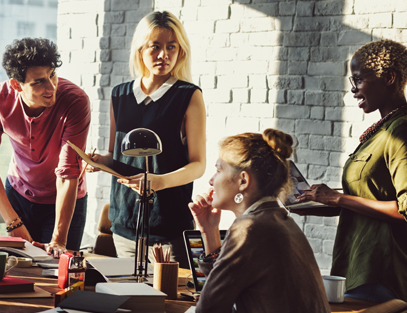 What do New Jerseyans have to say about diversity in the workplace?

The fifth annual New Jersey State of DiversitySM survey shows offensive comments in workplaces are at five-year highs and that younger New Jersey workers are more concerned about racial issues in the workplace than older colleagues. 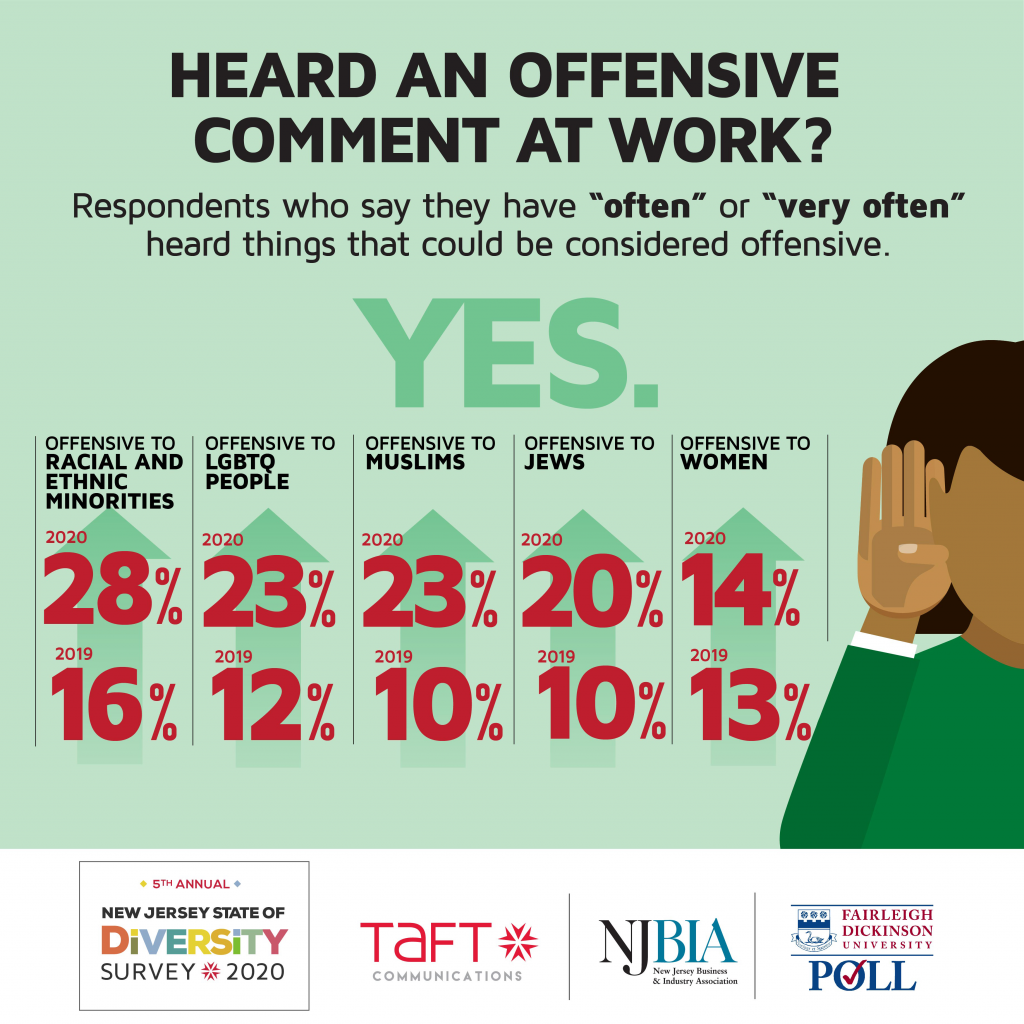 “The findings offer some hope, especially in the responses of the youngest New Jerseyans. Their sensitivity to their surroundings and the feelings of others is encouraging. Yet the increased reports of offensive remarks and a sense among nearly half of non-whites that they have felt discrimination at least occasionally is a sobering reality check,” Taft President Ted Deutsch said in the NJ.com article.

The increased reports of offensive remarks Deutsch is referring to are the highest since the poll’s inception in 2016, New Jersey Globe reported.

NJ Spotlight’s number of the day for July 31 was 43% — which represents the number of New Jerseyans ages 18 to 34 who reported hearing offensive comments to racial and ethnic minorities in the workplace either “very often” or “occasionally.”

While the reports are higher than in previous years, NJBiz details how there are generational and party line differences in attitudes and experiences around race, religion, and ethnicity in New Jersey’s workplaces.

In addition, ROI-NJ reported on a number of new inquiries that were added to this year’s poll to focus more on issues of discrimination and employer response, including whether “you personally felt or experienced discrimination based on race, gender, religion or sexual preference?” to which nearly half of non-white respondents (47%) said they have felt discrimination “often” of “occasionally.” 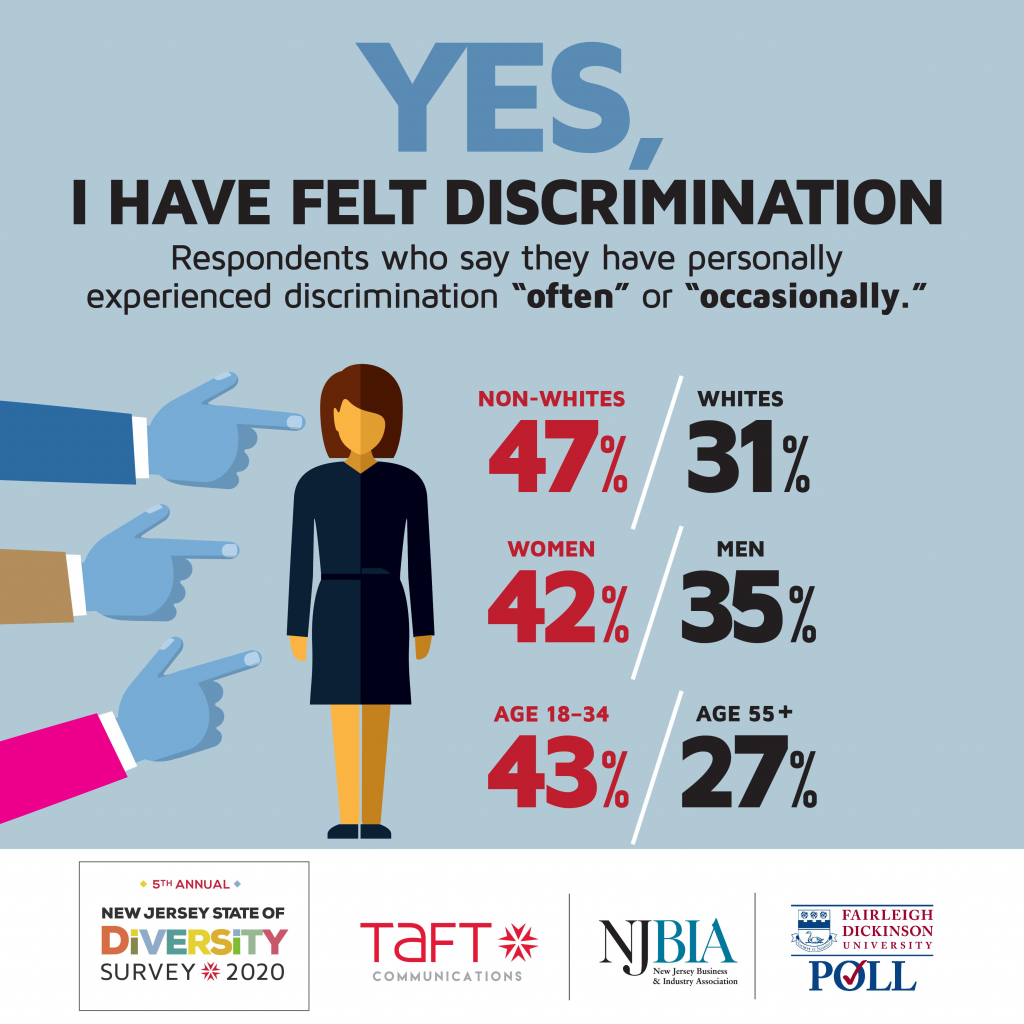 Additionally, more than half of New Jerseyans “strongly agree” that “the opportunities in your workplace are similar for employees regardless of race, gender or sexual preference,” with Republicans more likely than Democrats to “strongly agree,” white mores than non-whites, and men more than women. 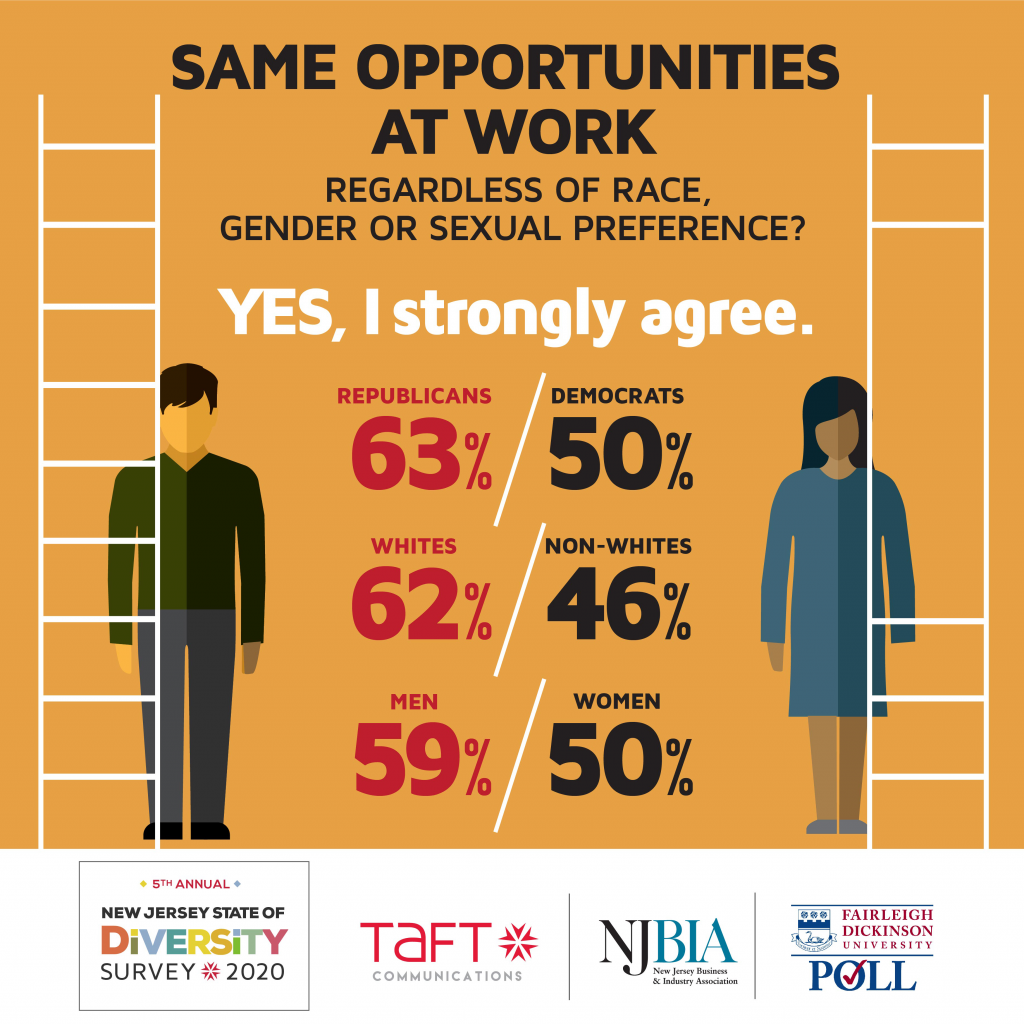